To share your memory on the wall of Willie Carlisle, sign in using one of the following options:

Print
Willie Ray Carlisle, affectionately called Ray, was born July 9, 1959 to his late parents, Marvin & Annie Mae Carlisle, in Fort Wayne, IN. He was called home by his savior on Sunday, December 20, 2020.

He was employed by FXI for 28 year... Read More
Willie Ray Carlisle, affectionately called Ray, was born July 9, 1959 to his late parents, Marvin & Annie Mae Carlisle, in Fort Wayne, IN. He was called home by his savior on Sunday, December 20, 2020.

He was employed by FXI for 28 years. In 2017, he became an ordained minister through Wings of Deliverance THC. He enjoyed reading his bible, watching HGTV, Westerns and playing table tennis. He also won a few cycling tournaments.

He is preceded in death by his mother and father; maternal grandparents, Pearlie and J.C Holman and a cousin Neal Holman.
Memorial Service will take place at Wings of Deliverance THC, 2502 Fairfield Ave, Fort Wayne, IN 46807 on Tuesday, December 29th, 2020 at 2:00 pm with Eulogist-Pastor Robert D. Clark officiating.
Read Less

To send flowers to the family or plant a tree in memory of Willie Ray Carlisle Sr., please visit our Heartfelt Sympathies Store.

Receive notifications about information and event scheduling for Willie

We encourage you to share your most beloved memories of Willie here, so that the family and other loved ones can always see it. You can upload cherished photographs, or share your favorite stories, and can even comment on those shared by others. 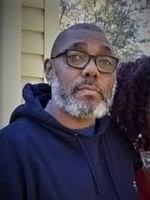