To share your memory on the wall of Richard Flagg, sign in using one of the following options:

To send flowers to the family or plant a tree in memory of Richard P. Flagg, please visit our Heartfelt Sympathies Store.

Receive notifications about information and event scheduling for Richard

There are no events scheduled. You can still show your support by sending flowers directly to the family, or planting a memorial tree in memory of Richard P. Flagg.
Visit the Heartfelt Sympathies Store

We encourage you to share your most beloved memories of Richard here, so that the family and other loved ones can always see it. You can upload cherished photographs, or share your favorite stories, and can even comment on those shared by others.

Posted Jun 11, 2021 at 09:11pm
Rick was a brother from another mother to me, I miss him terribly. I remember years ago
When my wife was still alive I would tell
Her I’m going to Ricks for a couple minutes. She woukd say I’ll see you in an hour.😋 she was so right. I miss our phone calls. Rick knew I’m not in the best of shape and called me every other day or so and check
to see how I was doing. Friends neighbors brothers like him are hard to come by. I will always remember you Rick. 😢
Comment Share
Share via: 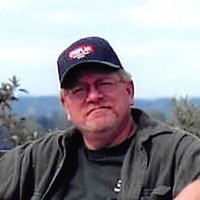