To share your memory on the wall of Harold Connell, sign in using one of the following options:

To send flowers to the family or plant a tree in memory of Harold Edward Connell, please visit our Heartfelt Sympathies Store.

Receive notifications about information and event scheduling for Harold

We encourage you to share your most beloved memories of Harold here, so that the family and other loved ones can always see it. You can upload cherished photographs, or share your favorite stories, and can even comment on those shared by others.

Posted Nov 25, 2020 at 12:26pm
My condolences to Barb and all his daughters. I was one of Harold's many friends. Tony & I & Harold enjoyed several good times together over the years. This included lots of Colts games. He always wanted to know how I was doing after Tony passed in 2016. Our birthdays were close together and he either called or sent me birthday wishes, This October was no exception. He was thoughtful and loyal to the end. I will miss him. Another friend has left us too soon. - Diane King
Comment Share
Share via:
MA

Posted Nov 24, 2020 at 10:34am
Deepest condolences from the First Merchants Internal Audit team.

Posted Nov 23, 2020 at 10:33am
Chris and all the family, I am so sorry for the loss of your father. My thoughts and prayers are with all at this time. Mr Connell, requiescat in pace. - Richard Poinsatte
Comment Share
Share via:
WP 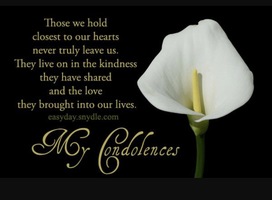