To share your memory on the wall of Donald Hunter, sign in using one of the following options:

To send flowers to the family or plant a tree in memory of Donald Dean Hunter, please visit our Heartfelt Sympathies Store.

Receive notifications about information and event scheduling for Donald

We encourage you to share your most beloved memories of Donald here, so that the family and other loved ones can always see it. You can upload cherished photographs, or share your favorite stories, and can even comment on those shared by others.

American Church Group of Indiana, Lincoln, Lance and Kristina Jenkins, and other have sent flowers to the family of Donald Dean Hunter.
Show you care by sending flowers

Posted Dec 08, 2020 at 03:07pm
I taught across the hall from Don at North Side for 20 years. I learned a lot from him, although I didn't realize all of it until years later. His wit and wisdom will remain with me for years. So sorry for your loss.
Comment Share
Share via:
AI

Posted Dec 08, 2020 at 08:00am
Sabra and family, we are praying for peace and comfort during this difficult time. Our heartfelt condolences,

Posted Dec 07, 2020 at 01:28pm
Sent with love and remembrance for our beloved Uncle Don. May your hearts be comforted by the outpouring of love from the many lives he touched.

Posted Dec 07, 2020 at 07:58am
Sabra and Family: Donald sounded like an absolute legend in your community and family. What a rich legacy he leaves. Praying for you all.

Flowers were purchased for the family of Donald Hunter. Send Flowers 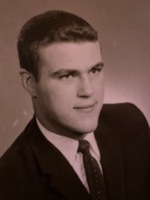