To share your memory on the wall of David Ferguson, sign in using one of the following options:

To send flowers to the family or plant a tree in memory of David Allen Ferguson, please visit our Heartfelt Sympathies Store.

Receive notifications about information and event scheduling for David

We encourage you to share your most beloved memories of David here, so that the family and other loved ones can always see it. You can upload cherished photographs, or share your favorite stories, and can even comment on those shared by others.

Sandy and Linda Johnstone sent flowers to the family of David Allen Ferguson.
Show you care by sending flowers

Posted Feb 03, 2021 at 11:13am
Dave what can I say, its hard to believe you are gone. All those memories I have of you and I sitting at the Eagles tipping a few, talking about the world as it is, and laughing our butts off at a lot of things. Seeing you out there at the golf outings with all the others was fun, even though I really didnt like golfing at all, I did enjoy getting that cart out to you all for some quick cold refreshments ASAP. Dave, you will be deeply missed and it was an honor knowing you for all these years. Judy and the rest of Dave's family you have lost a great man and I really dont have to tell you this, you have my deepest condolences and may that dear man Rest in Peace.
Comment Share
Share via:
MF

Posted Feb 02, 2021 at 05:49pm
I met Dave and Judy Post 499, I use to tell people he was my dad just to see the reactions of them. We shared alot of good times. Thoughts and prayers to Judy and the family. RIP my brother (dad) you will truly be missed.🇺🇸🇺🇸🇺🇸🇺🇸🎅
Comment Share
Share via:
SJ

Posted Feb 01, 2021 at 08:24pm
Please accept our most heartfelt sympathies for your loss... Our thoughts are with you and your family during this difficult time.

Posted Feb 01, 2021 at 06:57pm
I met Dave and Judy through my Dad at Army/Navy karaoke. I also enjoyed playing golf at Eel River with Dave and his buddies. Loved riding in the cart with him, making each other laugh the entire time. I’m gonna miss this man terribly. You’re finally free of your illness Dave. Rest easy in the arms of the angels. Love ya friend.
Comment Share
Share via: 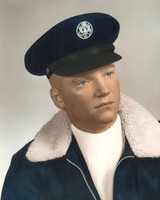