To share your memory on the wall of Timothy Ellert, sign in using one of the following options:

To send flowers to the family or plant a tree in memory of Timothy D. Ellert, please visit our Heartfelt Sympathies Store.

Receive notifications about information and event scheduling for Timothy

We encourage you to share your most beloved memories of Timothy here, so that the family and other loved ones can always see it. You can upload cherished photographs, or share your favorite stories, and can even comment on those shared by others.

Andrew Caratini, Luke Lipps, and Max Jolly, Sandy & Nicky, and other have sent flowers to the family of Timothy D. Ellert.
Show you care by sending flowers

Flowers were purchased for the family of Timothy Ellert. Send Flowers

Posted Dec 06, 2020 at 03:01pm
I will certainly miss you Tim. You were a great man and a wonderful human being. I appreciated all of the hospitality you and Lisa extended to me. Sending my love to Lisa, Korinne, and Nathan.

Posted Dec 05, 2020 at 08:40am
Lisa & Family, We are so sorry & pray that you are comforted with your loving memories of Tim. Please know we are sending you our love and prayers.

Sandy & Nicky purchased the The FTD Vibrant Sympathy Planter and planted a memorial tree for the family of Timothy Ellert. Send Flowers

Posted Dec 04, 2020 at 05:36pm
With love and hugs you are all in my prayers and Tim will always be in my heart and prayers as well. You have my deepest condolences and my love. 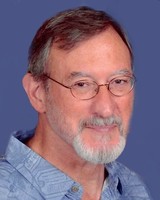