To share your memory on the wall of Thomas Delaney, sign in using one of the following options:

To send flowers to the family or plant a tree in memory of Thomas Edward Delaney, please visit our Heartfelt Sympathies Store.

Receive notifications about information and event scheduling for Thomas

There are no events scheduled. You can still show your support by sending flowers directly to the family, or planting a memorial tree in memory of Thomas Edward Delaney.
Visit the Heartfelt Sympathies Store

We encourage you to share your most beloved memories of Thomas here, so that the family and other loved ones can always see it. You can upload cherished photographs, or share your favorite stories, and can even comment on those shared by others.

Flowers were purchased and a memorial tree planted for the family of Thomas Delaney. Send Flowers

Please know that you all are in our thoughts and prayers. May his soul and all the souls of the faithful departed rest in peace. Amen.

Posted Feb 21, 2021 at 08:59am
Tom was such a nice man, even to young kids. I remember when he gave me a ride in his brand new GTO. WOW! May he rest in peace. Heartfelt condolences to Jim, Mike, and Tom's family.

Posted Feb 21, 2021 at 05:53am
As I was reading the morning paper, the last name immediately caught my eye and when I saw St. Jude, I knew Tom had to be a brother to Jim (and Nan). Tom’s story is so beautifully written giving a wonderful understanding of what a great guy he was to so many people. My sincere sympathy to the family at this time of loss; prayers for Tom and you.
Comment Share
Share via:
EA 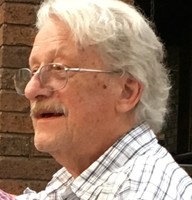