To share your memory on the wall of Rev. Stanley A. Inniger, sign in using one of the following options:

Provide comfort for the family by sending flowers or planting a tree in memory of Rev. Stanley A. Inniger

Provide comfort for the family by sending flowers or planting a tree in memory of Rev. Stanley A. Inniger

To send flowers to the family or plant a tree in memory of Rev. Stanley A. Inniger, please visit our Heartfelt Sympathies Store.

Receive notifications about information and event scheduling for Rev. Stanley A. Inniger

Receive text or email updates for Rev. Stanley A. Inniger

We encourage you to share your most beloved memories of Rev. Stanley A. Inniger here, so that the family and other loved ones can always see it. You can upload cherished photographs, or share your favorite stories, and can even comment on those shared by others.

The Revolution, Joel, Chrissie, Gavin and Izzy Salsburey, and other have sent flowers to the family of Rev. Stanley A. Inniger.
Show you care by sending flowers

Posted Mar 08, 2021 at 10:04pm
Please accept our most heartfelt sympathies for your loss... Our thoughts and prayers are with you and your family during this difficult time.

Posted Mar 07, 2021 at 12:07pm
Wishing you peace to bring comfort, courage to face the days ahead and loving memories to forever hold in your hearts.

Posted Mar 05, 2021 at 07:25pm
Becky, My heart aches for you and the loss of Stan. Please know that I have been and will continue to pray for you and your sweet family.
Comment Share
Share via:
TR

Posted Mar 05, 2021 at 06:25pm
Sending love, thoughts and prayers to you and your family during this tough time. Though we mourn the loss with you we celebrate Stans life.

The Revolution purchased flowers for the family of Rev. Stanley A. Inniger. Send Flowers 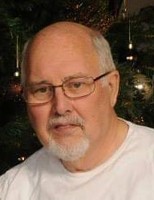