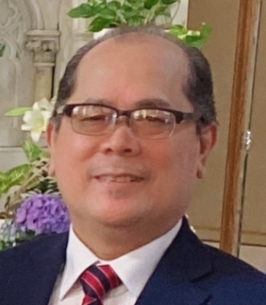 Mr. Shane Van Nguyen, "John" or “Trong”, died unexpectedly on April 25, 2021 in Fort Wayne, Indiana at the age of 55.
Shane is survived by his loving wife, Thuy Don Nguyen; two sons, Ethan Nguyen and Noah Nguyen, of Fort Wayne, Indiana; and nine siblings. Shane is preceded in death by his mother and father, both of Ban Me Thuot, Vietnam.
Shane was born on April 27, 1965 in Vietnam. He arrived in the United States in 1981. Shane graduated from John Bartram High School and attended Temple University in Philadelphia, Pennsylvania.
Shane married Thuy Don Nguyen on January 4, 1997 at Blessed Sacrament Catholic Church in Westminster, California. After moving to Fort Wayne, Indiana, Shane and his wife operated a food truck for over 20 years. In 2000 and 2002 respectively, the couple welcomed their two sons into their lives. They were the most important part of Shane’s life. Shane’s sons remember him as their biggest fan who always encouraged them to pursue their passion in music.
Shane was a loving father, husband, and a beloved member of every community he touched. His work days were spent serving food to the public, working long hours out of a roaming food truck while waving and smiling to those he passed on the road. His spare time was dedicated to his family and to volunteering activities, where he was an active member of the local church, choir, and the Bishop Dwenger High School performing arts program where his sons were band members. He will always be remembered for being kind, welcoming, and available to help anyone in need.
A funeral mass is scheduled for May 1, 2021 at Saint Patrick’s Catholic Church. All are welcome to attend and celebrate Shane’s life. The family would like to thank everyone near and far for their warm words of comfort during this difficult time.