To share your memory on the wall of Roger Myers, sign in using one of the following options:

To send flowers to the family or plant a tree in memory of Roger Kenneth Myers, please visit our Heartfelt Sympathies Store.

Receive notifications about information and event scheduling for Roger

We encourage you to share your most beloved memories of Roger here, so that the family and other loved ones can always see it. You can upload cherished photographs, or share your favorite stories, and can even comment on those shared by others.

Roger was a good friend and colleague of mine while serving the Fort Wayne Aviation Museum. Roger served as chairman, and later curator, for the museum, but whatever his title he was always the key point person from its inception in the 1980’s until his health made him relinquish the reins. His wealth of local aviation knowledge was second to none, and he was always able to help families or researchers discover past aviation history.

We have lost a true local treasure of the local aviation community.

Posted Apr 30, 2021 at 09:44pm
I am deeply saddened to hear of Roger's passing. On several occasions in the late 90's and 2000's... him and I would meet in Wapakoneta and I would leave my car there and he would drive us to the Air Force Museum and we would spend the day enjoying that and seeing the Presidential Aircraft collection was always a highlight of the trips. Although I had not had any communication with him in more recent years, our last trip to Dayton was in the November 2008, I had not forgotten about him or our friendship which I will cherish. He was a very kind, generous friend and I will miss him dearly. I always enjoyed his stories of his time serving during World War 2. He showed me the museum at Fort Wayne's airport in 1996 and we had been in communication since about 1993/1994. My deepest condolences to Roger's entire family. It was an honor knowing Roger and rest in peace, my friend. You have earned it.
Comment Share
Share via:
DH

Posted Apr 28, 2021 at 07:50pm
My condolences to the family. I always enjoyed talking with Roger and am saddened to learn of his passing.
Northeast Indiana Aviation lost our curator with the passing of Roger Myers. He was kind, interesting, and full of stories and knowledge of aviation history in northeast Indiana. If any part of the current terminal expansion would be named in honor of a local aviation figure, Roger is the guy.

Dan, I agree with what you said about Roger. If anyone deserves such an honor, it should be him. I lost contact with him and tried a couple times in the last 10 years but never heard from him. I just happened to come across his obituary in the Van Wert newspaper. 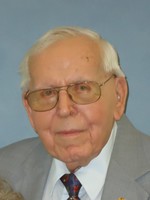 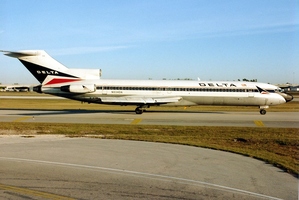