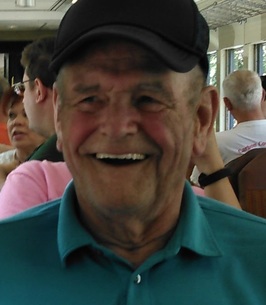 Robert G White, 79, of New Haven, died at Parkview Supportive Care, on September 15th, 2022, with his wife by his side. Bob was born on February 10th, 1943 in Three Rivers, Mich., to the late Edward and Gertrude (Peterson) White.
Bob graduated from Northside High School and served in the US Air Force. He retired from Northern Indiana Public Service Company after 30 years of service. Bob is survived by his wife of 44 years, Cheryl (Ehle) White; son, Michael White of New Haven; daughters, Tracy (Brad) Cotner of Avilla, and Amanda (Nate) Fish of Fort Wayne; grandchildren, Bryan, Ashley, Devon, Joshua, Arianna, Allanah, Kyler, and Trenton; several great grandchildren; sister Marie L. White of Fort Wayne. Bob was preceded in death by his brother, Thomas P. White, in 2015. A Celebration of Life will be held on Saturday November 5th from 1-4 pm at the VFW Post at 12700 Dawkins Road New Haven, IN 46774, with military honors at 2:30 pm. Preferred memorials may be made In Memory of Robert White and directed to The Veteran Program at Summit Equestrian Center 10808 La Cabreah Ln. Fort Wayne, IN 46845 and the link that can be copied and pasted in your browser for online donations is Summitequestrian.networkforgood.com. Arrangements have been entrusted to FairHaven Funeral Home and Cremation Services.