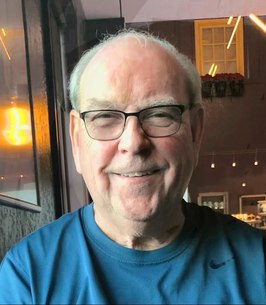 Mark Ryan Seele, 73 of Fort Wayne, passed away on Wednesday, July 27, 2022 at Parkview Hospital, Randallia.
Born in Fort Wayne, on March 7, 1949 to Henry and Rowena (Anderson) Seele. He was a proud graduate of South Side High School in 1967. He attended IPFW where he earned his Bachelor of Education while, also serving in the Air National Guard for seven years.
He began his career at Wayne High School teaching history and coaching track. During these years, he earned his master's degree from Purdue University in Administration. Mark then went onto Carroll High School where he was the Dean of students. Several years later Mark became the assistant principal at Carroll Junior High School for several years before becoming the principal there. Mark created many lasting friendships and memories as principal there. Next in his career path he became the first principal of Maple Creek Middle School. He was proactive in creating new opportunities for middle school students. One of his biggest accomplishments was the partnership he created with the Chinese Education system. This partnership allowed students, faculty, and parents to travel overseas multiple times, creating countless memories. Mark earned awards from the State of Indiana and Chinese government. During his career in education, he was a longtime member of the Indiana Association of School Principals and served as president for 4 years.
After 43 years in education, he retired but couldn’t stay away. He began teaching at the university level to future principals. During his retirement years, he and his beloved wife Suzanne (Buesching) loved traveling, enjoying sweets, and going on cruises. He also spent many days watching his three grandchildren, and as they grew he enjoyed attending their many extracurricular activities.
Mark is survived by his wife of 46 years Suzanne (Buesching) Seele; his two children, Erin (Andrew) Frisinger; Ryan Seele; and his three grandchildren, Samuel, Gabriel, and Emma.
He was proceeded in death by his parents Henry and Rowena Seele and his brother Wayne Seele.
Funeral service is 11 am, Tuesday, August 2nd at Resurrection Lutheran Church; 14318 Lima Rd. Fort Wayne, IN 46818, with calling one hour prior. Mark will be laid to rest at Concordia Lutheran Cemetery.
Visitation also from 3-7 pm, Monday, August 1st at FairHaven Funeral Home and Cremation; 6557 N. Clinton St. Wayne, IN 46825. Preferred memorials in Mark’s honor may be directed to Riley Hospital for Children.