To share your memory on the wall of Lenard Wilson, sign in using one of the following options:

Provide comfort for the family of Lenard Wilson with a meaningful gesture of sympathy.

We encourage you to share your most beloved memories of Lenard here, so that the family and other loved ones can always see it. You can upload cherished photographs, or share your favorite stories, and can even comment on those shared by others.

Posted Oct 24, 2019 at 07:06pm
What a neat person!! We went to school at Jackson township school and on to Woodlan! I still have part of the basketball net Lenard shared with me when we won a champonship! He was a great "kid" when we were all growing up

Posted Oct 16, 2019 at 07:49pm
Please accept our most heartfelt sympathies for your loss... Our thoughts are with you and your family during this difficult time.

Flowers were purchased for the family of Lenard Wilson. Send Flowers

Posted Oct 15, 2019 at 08:44pm
My sincere sympathy to Lenard's family. Lenard and I were in the same class at Woodlan and played basketball together a couple years. He always a friendly, happy and kind classmate. I enjoyed being around him. I was really surprised to see his obituary in the Monday morning Journal Gazette. I ran into him at Menards in Angola early this summer and had a good short visit. He seemed to be fine and said he was enjoying life and loved living at his lake home. I have and will pray for him his wife and family as he is laid to rest on Wednesday.
Jim Lake 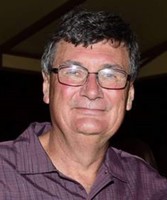