To share your memory on the wall of Keith Miller, sign in using one of the following options:

To send flowers to the family or plant a tree in memory of Keith Edward Miller, please visit our Heartfelt Sympathies Store.

Receive notifications about information and event scheduling for Keith

There are no events scheduled. You can still show your support by sending flowers directly to the family, or planting a memorial tree in memory of Keith Edward Miller.
Visit the Heartfelt Sympathies Store

We encourage you to share your most beloved memories of Keith here, so that the family and other loved ones can always see it. You can upload cherished photographs, or share your favorite stories, and can even comment on those shared by others.

Posted Nov 29, 2020 at 10:55am
I liked Keith the moment I met him, no bullshit , pretty simple really, but very rare. Glad I got to meet him and get to know him. John Simpson

The FTD Rays of Solace Bouquet was purchased and planted a memorial tree for the family of Keith Miller. Send Flowers

I will never forget your smiles, your laughs, or your hugs. It brought me such joy seeing the twinkle in your eyes, especially when you told a joke. I appreciate everything you have done for me, the laughs we shared, and the lessons you taught me. I will carry your wisdom with me and continue your legacy. I miss you and feel your loss down to my core. I know how proud of me you were, how much you loved me, and that offers me some comfort during this difficult time. I love you! 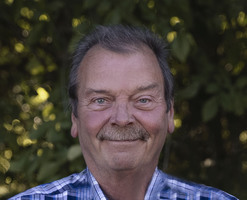