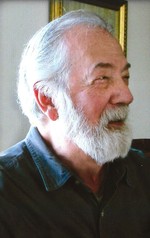 James Joseph “Jim” Antil, 77, died Thursday, August 20, 2020 at Parkview Hospital Randallia. Jim was the youngest child of the late Michael C. and Mary Antil's eight children. He was raised in upstate New York prior to moving to Indiana as a teenager. Jim graduated from Central Catholic, class of 1961.
He married Lona Oddou in 1964, and they had a great life together. They owned and operated-ICE CREAM ALLEY & THE COUNTRY SAMPLER in Leo in the 1980's, then BUSINESS FURNITURE OUTLET for the next 20 years in downtown Fort Wayne. Jim was always ready for a challenge and bought many parcels of real estate. He had an eye for the future. Jim is survived by his wife Lona Antil; daughter Lisa Antil (Steven) May; son, James Eric (Laura Miner) Antil. His wife, children, grandsons and granddaughters, and many close friends will miss this special man. Calling is Thursday, September 3, 2020 at FairHaven Funeral Home and Cremation Services, 6557 N. Clinton Street, from 4 pm to 7 pm. In lieu of flowers, memorials may be made to Turnstone Center or Erin’s House.