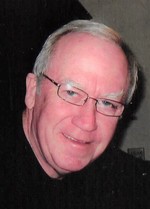 Harold Edward Connell, 78, passed away Sunday, November 15, 2020 at his home in Fort Wayne. He was born in Manchester, NH to the late Raymond and Helen Connell. After serving 20 years as a detective on the Fort Wayne Police Department, Harold was the owner of I.S.I., an industrial security firm, and Tri-States Attorney Services. He was also one of the co-founders of the original Fort Wayne BBQ Ribfest. He oversaw the hospitality as well as the security for the Mad Anthony Golf Tournament for years. Harold was a member of Orchard Ridge Country Club, F.O.P, the Elks Lodge Fort Wayne, P.A.L., The Lions Club, Moose Lodge #2188 of Bradenton, Fl, The American Legion #409 of Fort Wayne, The Friars Club as well as DOCA. Harold loved his family fiercely. He lived his life large and unselfishly, spending his winters in Lido Beach, Sarasota, FL with his wife Barb, making yearly trips home to New Hampshire, golfing with his friends, and being on the sidelines of the Saint Francis Football games. If you were his friend, Harold had your back, there was nothing he wouldn’t do for you. Harold will be greatly missed by all of his large family and his many friends. He is survived by his wife, Barbara Connell of Fort Wayne; his daughters, Laura (Bob Boxell) Sanford, Christine (Marty Tripp) Smith, Angela (Michael) Graves, and Jennifer Gandolfo all of Fort Wayne; step-children, Mike (Candy) Rude, Brooksville, FL, Jeff (Jacki) Rude of Fort Wayne; seven grandchildren, Lorren (Brandon) Suffel, Alex Sanford, Logan Smith, Evan and Ryan Graves, Jake and Sydney Gandolfo; step grandchildren, Jake, Zach, Malori, Isaac Rude, Rachael (Ben) Keller of Fort Wayne, Kristen(John) Sorg of Holland, MI; several step great-grandchildren; sister, Patricia McClellen; and half-brother, Si Snyder. Due to COVID-19, a private family service will be held on December 6, 2020. Memorials may be made to SCAN
(Stop Child Abuse and Neglect) or Allen County CASA Coalition. To sign the online guestbook, go to www.fairhavenfortwayne.com