To share your memory on the wall of Fredrick Kattau, sign in using one of the following options:

Print
Fredrick David Kattau joined the angels on February 24, 2021. He was at home surrounded by his wife Mary Lou, his children's mother Fran and the big tribe he loved so much.

Fred was the oldest child of Cassie and Fred J Kattau, born in ... Read More
Fredrick David Kattau joined the angels on February 24, 2021. He was at home surrounded by his wife Mary Lou, his children's mother Fran and the big tribe he loved so much.

Fred was the oldest child of Cassie and Fred J Kattau, born in Indianapolis on December 25, 1939. He graduated from Emmerich Manual High School in 1958, and attended General Motors Institute before returning home to care for the growing family he was creating with his young wife, Mary Frances Meador. Fred worked his entire career as an insurance investigator, retiring in the early 2000s.

He enjoyed science fiction, bowling, reading, auctions, playing bridge, big dogs, police dramas, a good debate, a long hug and a mediocre scotch. He loved every version of Star Trek, and seldom missed an episode of NCIS, JAG or Jeopardy. He appreciated music from classical to country with a special fondness for Johnny Mathis, Judy Collins, and Reba McIntire. He practically purred during a good back scratch or head rub. He was rich in useless trivia, dry humor and was the king of sarcastic comebacks.

Fred was preceded in death by his parents, his wife of 25 years Sandra Cleckner Kattau, and brother Chuck (Charles) Kattau.

A celebration of Fred's life will be held at a later date.

Donations to Heartland Hospice and your local animal shelter in Fred’s memory would be appreciated. FairHaven Funeral Home and Cremation Services is handling arrangements.
Read Less

To send flowers to the family or plant a tree in memory of Fredrick David Kattau, please visit our Heartfelt Sympathies Store.

Receive notifications about information and event scheduling for Fredrick

There are no events scheduled. You can still show your support by sending flowers directly to the family, or planting a memorial tree in memory of Fredrick David Kattau.
Visit the Heartfelt Sympathies Store

We encourage you to share your most beloved memories of Fredrick here, so that the family and other loved ones can always see it. You can upload cherished photographs, or share your favorite stories, and can even comment on those shared by others.

Posted Feb 28, 2021 at 07:11pm
Fred - I walk past your chair and feel you there even though you're not. Our time spent online and texting during Jeopardy will be a priceless memory. We'll take care of your love Mary...we got this! 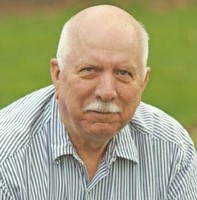