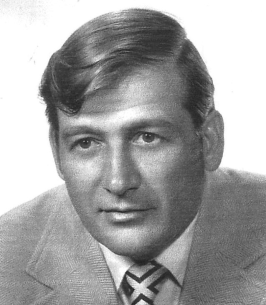 Frederick Arthur Walter George “Fred” Toenges, 93, died peacefully on January 11, 2022, in his sleep of natural causes. He was born to the late Arthur F. and Myrtle Toenges of Fort Wayne. Fred was a proud graduate of St. Paul’s Lutheran School and Northside High School, Class of ‘46. He attended IU Fort Wayne and wanted to be an architect, but his parents bribed him to stay in Fort Wayne and go into the family business instead. But the FW Toenges Shoe Store thrived and is still in business, making it the oldest family-owned business in Ft. Wayne. Fred once helped the police catch a thief, not because he recognized his face, but because he recognized the thief’s shoes! He told the officers the make, style, color, and size; and later, the FWPD confirmed the thief was indeed still wearing the exact shoes when they caught him!
Fred was honored to serve his country in the Korean War as a combat engineer; and recently, was able to take an Honor Flight to Washington D.C. with his fellow veterans. His recognized expertise and community commitment led him to becoming a founding member of the Prescription Footwear Association, the Board of Certified Pedorthics, and the MacMillan Park Lion’s Club; in addition to his membership in the Cordwainers, Toast Masters, the National Shoe Retailers Association; and selection to the 2004 United States Olympics Medical Team in Athens, Greece, plus recognition in 2015 as a Northside High School Distinguished Alumni. Fred also served as a consultant to Lutheran Hospital for Children, and the Diabetic Foot Clinic at St. Joseph’s Hospital.
Fred married the love of his life, Maureen “Scotty” Calder in 1951, and they were happily loving life and each other until her passing in 2018. Together they had four children: Heather (David) Hime, Centerville, OH; Holly (Dan) Messerall, Croton, OH; Buck (Julianne) Toenges of Ft. Wayne; and Ross (Angela) Toenges of Ft. Wayne. The family includes 11 grandchildren: Anna (Dan) Shephard, Columbus, OH; Alex (Alicia) Gentile, Columbus, OH; Andrew (Sarah) Hime, Columbus, OH; April (Jared) Ratliff, Monroe, OH; William, Ben, Christopher, Kate, Max, Muriel, and Nari Toenges of Ft. Wayne; three step-grandchildren Caleb, Joe, and Noah Messerall; and one great-grandson, Calder Dylan Gentile of Columbus, OH. Fred had one sister, Jane Douglas (pre-deceased); has a niece, Sharon Ball of California; and two nephews: Robert (Virginia) Douglas of Minnesota and Joe (Barb) Douglas of Pickerington, OH. And he had an almost boundless “family” too, in that he knew thousands of children who grew into adults with great feet because of the care he took in fitting them with orthopedic shoes at his store!
The family would like to thank the Towne House staff and Heartland Hospice for the care they gave to Fred. Viewings will be at Fair Haven Funeral Home, 6557 N. Clinton Street, Fort Wayne, IN on Sunday, January 23, 2022, from noon-5:00 p.m. and on Monday the 24th from 10:00-11:00 a.m., with the funeral to immediately follow. The family encourages you to wear a mask. In lieu of flowers, please make a donation to The Alzheimer’s Society, or to Heartland Hospice, or Our Hope Lutheran Church.