To share your memory on the wall of Elizabeth Ludwig, sign in using one of the following options:

Liz is survived by her cherished son Mark (Dagne) Ludwig and adored daughter Melanie “Sis” (Fred) Hoover. She is also survived by her beloved grandchildren – Adam (Derek) Hoover, Tyler (Christina) Ludwig, Megan (Josh) Harber, David (Caitlyn) Ludwig, and Michael (Mikki) Coburn ¬¬– and her even more beloved great-grandchildren – Trey, Deacon, Grayson, Noah, Elijah, Carter, Lewis, and Danica. Liz’s family would also like to express their eternal gratitude to Michelle at Comforting Angels Hospice for the care and friendship she provided to Liz during the last months of her life. They couldn’t imagine going through this time without her support and constant care.

Private family services will be held at a later date. Memorials for Liz can be made to your local ASPCA.
Read Less

To send flowers to the family or plant a tree in memory of Elizabeth Nell Ludwig (Wallace), please visit our Heartfelt Sympathies Store.

Receive notifications about information and event scheduling for Elizabeth

There are no events scheduled. You can still show your support by sending flowers directly to the family, or planting a memorial tree in memory of Elizabeth Nell Ludwig (Wallace).
Visit the Heartfelt Sympathies Store

We encourage you to share your most beloved memories of Elizabeth here, so that the family and other loved ones can always see it. You can upload cherished photographs, or share your favorite stories, and can even comment on those shared by others. 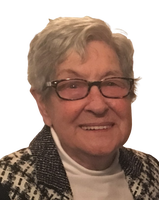