To share your memory on the wall of Edward \"Chip\" Nelson Zeimet, sign in using one of the following options:

Print
Edward "Chip" Nelson Zeimet, 66, passed away Thursday, April 22, 2021 in Fort Wayne, IN. He was born in Evanston, IL to the late Edward Zeimet and Ruth Zeimet nee Nelson.

Chip was a 1973 Graduate of Snider High School. He was a machinist... Read More
Edward "Chip" Nelson Zeimet, 66, passed away Thursday, April 22, 2021 in Fort Wayne, IN. He was born in Evanston, IL to the late Edward Zeimet and Ruth Zeimet nee Nelson.

Chip was a 1973 Graduate of Snider High School. He was a machinist for many years before joining his brothers and later son in the industrial battery Industry. Chip loved Komet hockey, and blues music, but his heart was for souls to know the Lord, and his ministry was prayer for the persecuted church. Chip also loved spending time with his family especially his 4 grandchildren, he was truly the kindest and gentlest man many of us have known.

He will be greatly missed.

"No More Night"
"The timeless theme, Earth and Heaven will pass away
It's not a dream, God will make all things new that day
Gone is the curse from which I stumbled and fell
Evil is banished to eternal hell
No more night, no more pain
No more tears, never crying again
And praises to the great, "I am"
We will live in the light of the risen Lamb"

A memorial service is 3pm Saturday, May 22, 2021 with calling two hours prior beginning at 1pm. Burial at Concordia Gardens Cemetery. Memorials may be made to Open Door USA at www.opendoorusa.org. To sign the online guestbook, go to www.fairhavenfortwayne.com
Read Less

To send flowers to the family or plant a tree in memory of Edward "Chip" Nelson Zeimet, please visit our Heartfelt Sympathies Store.

There are no events scheduled. You can still show your support by sending flowers directly to the family, or planting a memorial tree in memory of Edward "Chip" Nelson Zeimet.
Visit the Heartfelt Sympathies Store

We encourage you to share your most beloved memories of Edward "Chip" Nelson Zeimet here, so that the family and other loved ones can always see it. You can upload cherished photographs, or share your favorite stories, and can even comment on those shared by others.

Everyone at Exponential Power sent flowers to the family of Edward "Chip" Nelson Zeimet.
Show you care by sending flowers

Everyone at Exponential Power

Posted May 17, 2021 at 05:16pm
Jeremy and the Entire Zeimet family, Our deepest condolences on your loss. You are in our thoughts.

Everyone at Exponential Power purchased flowers and planted a memorial tree for the family of Edward "Chip" Nelson Zeimet. Send Flowers

Posted May 14, 2021 at 10:20am
My memories of Chip are all very old, but so much rooted in my very being, my family identity, my heart. Chip was my first childhood confidante, my earliest friend, my childhood protector and the closest thing to a brother. When our families got together (Evanston (IL) then Lebanon (IN), we were with the closest 'family' we had (Aunt Ruthie, Uncle Ed and cousins Patty, Chip, Mark and John). Chip and I were the same age, and really...two peas in a pod! Even as a child, Chip was all heart. When I was sad, he'd look at me with such depth in his eyes, and comfort me. When neighborhood bullies would strike out against me, he was ready to defend; and I for him. And we both were the little imp, trouble-makers in our families; partners in crime! We were both second children in our families, and relished all the notoriety and mischief that went with it! I remember hatching plans together, that later has us both in hot water, while our two older siblings (Patty and Susan) always seemed immune to such things. I could share so many stories, but the one that keeps coming to mind, both in it's hilarity and it's portrayal of Chip's childhood compassion, is this:
We were 6 or 7 years old. It was recess time on an extremely windy spring day, at Harney grade school in Lebanon, IN. Being in two different classrooms, but sharing the same recess time, we usually sought each other out as kids went pouring out onto the playground. This time was no exception. But as soon as Chip saw me, he intuited there was a problem, and immediately asked what was wrong. It was everything I could do, not to cry, because I had forgotten to put underpants on, and the wind kept blowing my dress up. I was mortified and way too afraid to ask permission to call my mom to remedy the situation. I suspect that most seven-year old boys would have found it hilarious, and had fun, at the other's expense, by announcing it to others and laughing hysterically. But not Chip. He immediately understood the (perceived) gravity of the situation, and with empathy and ingenuity, came up with a plan. He proposed standing right next to me, actually plastered up against me, to both block the wind and keep my dress from blowing up. That's how we spent the entirety of our recess that day. When other boys called Chip to come play, he unceremoniously declined. What a seven-year old gentleman he was! I doubt that anyone ever knew this, because we always kept each others' confidences. We always had each others' backs. We shared a pact, and it was honored in a way that I doubt many adults could honor. When the Zeimets moved to Ft. Wayne, distance and other factors that, as children, we weren't privy to, kept us apart. But that early bond had been deeply rooted, and remains.
Comment Share
Share via:

Posted May 12, 2021 at 07:57pm
Chip thank you so much for staying on me and comforting me and all of your support when I was in my darkest moments I am going to really miss you my freind and I will thank God every day for blessing me with your friendship.love you chip
Comment Share
Share via:

I'm not sure how one chooses from a well of memories as deep as this and picks one or two to share. There were big moments that do stand out, but those aren't what life is made out of. Life is built out of millions of little moments, and if you do them right-- the little things -are- the big things. So instead of any grand moment that stood out from the others by being different, I think I want to talk about the things that were all the time.

Weekends were our time. Mom worked part time at a call center for I think it was Sears, and you had us to yourselves. Our weekly walks to the little store were a highlight. I try to carve out little moments like that with Amelia-- when she and I get ice cream together on Saturday mornings, I'm trying to follow your example. I could not even get into the car with you without getting excited on those days, because I knew we were going to have a good time. We always did, because being with you was fun. We could just go to a department store and wander around, not buying anything, and it'd be fun, if we were together. I'll always enjoy the memory of the breakfasts you put together and jokingly called 'dog food'. There are lots of other little things. I could keep going on. Amy and I sometimes hop in the car to 'blow off some stink', just like you and Jeremy and I did. She thinks it's funny, and knows where it came from. There's a little bit of you in so many of my interactions with her and Val, and if I never said so, then that'll be high on the list of the shoulda-wouldas that every one says not to get lost in, even knowing that saying so doesn't stop it from happening.

Every other day, the weekdays, you were burning the candle at both ends to take care of us. We appreciate it, especially as men with families of our own. You gave so much I don't think you kept much left for yourself, but you're with Christ now and if anyone understands sacrifice, it's Him. Better get a pat on the back, Dad.

That's all I've got. I couldn't stand seeing this wall empty. Love you.

Posted Apr 26, 2021 at 05:48pm
Im sorry for your loss. Praying for your family and for Chip. May God grant you all comfort and peace. Love you guys.

Flowers were purchased for the family of Edward "Chip" Nelson Zeimet. Send Flowers 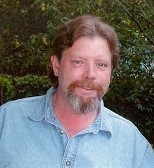