To share your memory on the wall of Barbara Bassett Olive, sign in using one of the following options:

To send flowers to the family or plant a tree in memory of Barbara Bassett Olive, please visit our Heartfelt Sympathies Store.

We encourage you to share your most beloved memories of Barbara Bassett Olive here, so that the family and other loved ones can always see it. You can upload cherished photographs, or share your favorite stories, and can even comment on those shared by others.

Jenny Simmers and Family sent flowers to the family of Barbara Bassett Olive.
Show you care by sending flowers

Posted Sep 28, 2020 at 07:20pm
The Bassett and Olive Family, Barbara was one of the loveliest people I ever knew. I met her in Worcester Massachusetts when I was house hunting. She is surrounded by Angels. Rest in Peace Barbara. Jane Didzbalis
Comment Share
Share via:
IA

Posted Sep 28, 2020 at 07:10pm
Dear Frank, Both Fran & I send our sincerest condolences to you and to your family. Barbara was a very nice person & we are glad we got to know her.

Posted Sep 28, 2020 at 10:25am
Barbara and Frank were part of our 'fun neighbors group' on Hanna Road in Worcester during the time when they lived here. We frequently visited each other, and we have wonderful fond memories of the events we shared - summer dinners, the fall and winter holidays, and other 'spur of the moment' get-togethers. It was a wonderful time in our lives, and it is with much sadness that we learn of her passing. Our sincere condolences to Frank, and also to all of Barbara's children, grandchildren, and great-grandchild.
Comment Share
Share via: 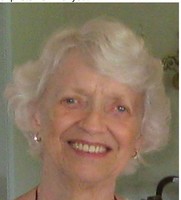